Windber hospital to be part of ‘huge development’ in researching cancer 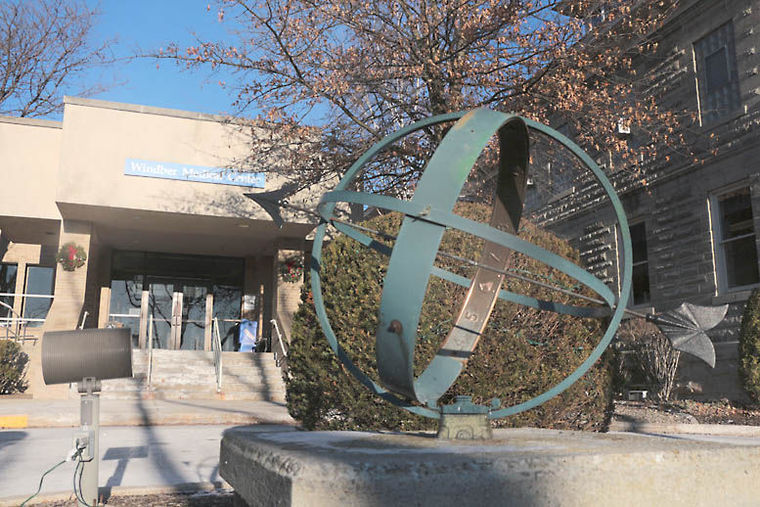 Area cancer patients will have an opportunity to participate in the latest research through Chan Soon-Shiong Medical Center at Windber’s participation in an unprecedented collaboration announced Monday.

The alliance is launching The Cancer Moonshot. Soon-Shiong predicts the joint effort of international pharmaceutical, bioscience and insurance companies, working with community-based oncologists, can shave decades off the development of effective cancer fighting drugs.

“Large pharma and biotech companies are developing dozens of agents to activate the immune system,” Soon-Shiong said. “The problem is that while these drugs are being developed individually in silos by each entity, they need to act together when it comes to activating the immune system.

“If we follow the current path of drug development, it may take 40 or 50 years before we have worked out the right cocktail combination and countless lives will be lost as a result of this inefficiency.”

Cancer Moonshot organizations will recruit up to 20,000 participants from across the nation to participate in clinical trials for promising therapies and combinations of therapies.

Designated as the QUILT Program, for quantitative integrative lifelong trial, the research will compare effectiveness of different therapies based on the genetic and molecular makeup of the tumors being treated, Soon-Shiong’s company, NantWorks announced in a joint press release with Independence Blue Cross of Philadelphia.

Although it will be a few months before the Windber hospital joins the clinical trials, Chan Soon-Shiong Institute of Molecular Medicine at Windber has systems in place to join Cancer Moonshot’s research and analysis components, said Tom Kurtz, president and CEO of both organizations.

“We are going to participate in more levels than just the hospital,” Kurtz said. “Our tissue repository will play a role in this, and our scientists will be looking at the translational medicine: Taking (research) from the (laboratory) bench top to the patient.”

“This is a huge development in the war against cancer,” Kurtz said. “I don’t know if people are going to grasp the significance of this. This collaboration is truly historic.

“It gets clinicians all over the country to look at what’s going to revolutionize the way cancer is treated. When you look at the participants, you see the ‘Who’s Who’ in cancer care in this country.”

As part of Monday’s announcement, Independence Blue Cross said it will provide the nation’s first insurance coverage for a comprehensive cancer diagnosis platforms that analyze cancer based on genetic and molecular differences in the individual patient.

“With today’s announcement, the application of precision medicine in the oncology setting has now emerged from research to the clinical cancer setting – a significant milestone in precision medicine and the war against cancer,” the company said.

Additional insurance companies are being asked to follow the Independence company’s lead.

Windber will bring in its connection with Walter Reed National Military Medical Center’s John P. Murtha Cancer Center, Kurtz said, to fully utilize the nationally renown tissue repository. It is one of few to earn both College of American Pathologists and Clinical Laboratory Improvement Act certification.

“This human tissue repository is the nation’s foremost Platinum-rated, CLIA CAP certified bio-repository for cancer tissue housing over 90,000 tissue specimens, and will be utilized as the tissue repository resource to support the QUILT Program,” Kurtz said. “We are proud to be involved in this historic national initiative and to expand the efforts to elucidate the biologic mysteries of cancer and build on our work in genomics over the last decade.”

Because the hospital previously offered medical oncology, it remains licensed for the specialty, he said.

“It doesn’t take us long to set up a medical oncology program,” Kurtz said. “We have the space to do it, so it should be in the foreseeable future. We need to get the right staffing. Getting a trained and qualified oncologist on board is going to be the first step.”

In fact, Soon-Shiong has told Kurtz that Windber will play an unique part in the QUILT Program trials.

“He wants to demonstrate that this can be done in a small community,” Kurtz said. “He wants to bring not only the trials, but also the therapies into the community. We’ll bring them to where people choose to get their health care.”

Share this ArticleLike this article? Email it to a friend!
Email sent!